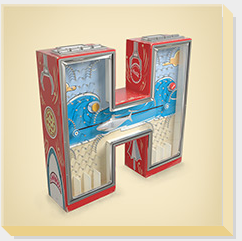 All the fun of the fair! drop a Coke bottle cap and a Dominos pizza through a seaside themed penny arcade machine. If they land together, you win a fabulous* prize.

The brief was to design a computer game that could be played by chewing a pice of gum. I consulted at the early stages, working to create a concept that put this excellently bizarre game-mechanic at the centre of the gameplay and avoid it becoming a gimmicky inconvenience.
The final game is here.

Sony be-moved • UX design
Awards
Product hub for the Sony be moved campaign. The message of the campaign was 'we are artists and we are engineers'. I wanted to tell that story through showing the products explode into their components both technological and influential. Inside every product is a small story to be found. 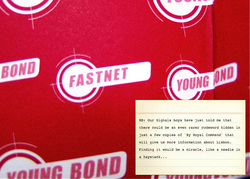 My favourites are the Keithly Puzzle and the Lisbon puzzle. 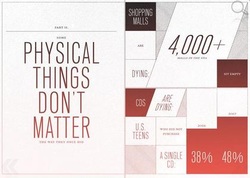 Six (plus a secret 7th) ways to play with story telling http://wetellstories.co.uk/
My favourite was Mohsin Hamid's The (Former) General